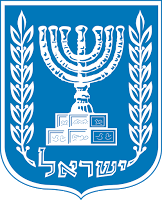 Law Proposal for the Establishment of the National Advisory Committee for the Promotion of Longevity and Quality of Life for the Elderly Population – updated version (March 2013).

Note: First written and submitted for consideration in March 2012.

Hebrew version – below and at http://www.longevityforall.org/promotion-of-longevity-and-quality-of-life-for-the-elderly-population-in-israel-hebrew/

The longevity and quality of life of the elderly population are crucial national priorities, necessary for the normal functioning of the entire society. On the contrary, the deteriorative aging process is the root cause and main endangering factor for most chronic diseases afflicting the developed world generally and Israel in particular.

The death rate in Israel is approximately 0.52%, out of which over 90% die as a result of age-related diseases due to the aging process. In other words, each year approximately 40,000 residents of Israel die from aging, twice the number of all the casualties of war throughout the country’s history, and twice the number of all deaths from traffic accidents throughout the country’s history.

According to the report of the Bank of Israel, published in March 2012, both the private and public national expenditures on the senescent population in Israel (persons over 65 years old, comprising about 10% of the country’s population) is NIS 9.9 billion (~$ 2.5 billion) yearly, which comprises 1.2% of the entire Gross Domestic Product.

Aging is a basic material process manifesting in the accumulation of damage, the gradual deregulation of metabolic balance, and impairment of normal functioning. This is a process causing the largest proportion of disability and mortality, and is the major endangering factor for most chronic diseases, such as cancer, heart disease, type 2 diabetes, dementia, and other diseases – and it should be treated accordingly.

Yet, medical research in Israel and other developed countries focuses on the symptoms of the deteriorative aging process and not on its prevention or treatment. Despite their immediate importance, palliative measures, such as increasing nursing care, will not drastically improve the healthy longevity of the elderly, will not resolve the economic burden and human suffering caused by the process of aging, but will only slightly relieve and postpone them. In contrast, investments and efforts in the research and development directed toward prevention and treatment of the deteriorative aging process, if given sufficient support, may be able to bring about a substantial improvement.

While the deteriorative aging process, that is the accumulation of structural damage, impairment of metabolic balance and functioning, is a disabling and debilitating process that requires prevention and treatment; the rise in healthy life-expectancy is its cure. In other words, the spiritual maturation during the years and the increase in healthy life expectancy are not and should not be synonymous with degeneration and deterioration.

This positive process can be reinforced and accelerated for the long term by regulated support of basic and applied research, as well as technological, industrial and environmental development directed toward delaying and treatment of the deteriorative aging process and for improving the quantity and quality of life for the elderly population.

These measures will reduce the burden of the aging process on Israeli economy and will alleviate the suffering of the aged and the grief of their close ones. On the positive side, if granted sufficient support, these measures can increase the healthy life expectancy for the elderly, extend their period of productivity and their contribution to the society, and enhance their sense of enjoyment, purpose and valuation of life.

“Committee” – the National Advisory Committee for the Promotion of Longevity and Quality of Life for the Elderly Population.

Part B. The National Advisory Committee

Section A. The Establishment of the Committee and it Functions

Hereby the National Advisory Committee for the Promotion of Longevity and Quality of Life for the Elderly Population is established.

The committee is a corporate entity

The committee is a regulated body as defined in paragraph 9(6) of the State Controller Law of 1958 (consolidated version).

– Providing grants and scholarships for research aimed to delay and treat the deteriorative aging process and promote longevity and quality of life for the elderly population, particularly in the fields of regenerative medicine, nano-medicine, bio-gerontology and optimal hygienic life-style for aging persons;

– Encouraging investments in biotechnology and medical technology companies, as well as in academic and public organizations for research, development and application – that will be involved in the prevention and treatment of the deterioration caused by the aging process and its derivative chronic diseases.

– Encouraging the collection of up-to-date, evidential scientific information regarding the optimal hygienic life-style for aging persons and providing education on the subject to the health care community and the wide public.

– Acting to create academic and communal learning frameworks and programs on basic and applied research of aging and promotion of longevity and quality of life for the elderly population, including its biological, medical and social aspects;

– Acting to improve the living conditions of the elderly, including the development of means of access and convenience in their daily life.

– Acting to create and expand social, educational and occupational frameworks involving the aged and encouraging their integration with the entire population.

Section B. The committee council

The minister can relieve a council member from duty in the following cases:

The council functions will be:

a2. The service of the director will terminate in one of the following events:

1) The director resigns with a written announcement that is submitted to the minister via the committee council;

2) The minister, in consultation with the committee council and with an approval by the government, determines that the director is permanently unable to perform his/her function;

3) The minister, in consultation with the committee council and with an approval by the government, decides to relieve the director from duty due to reasons that will be specified.

a3. Subject to the directives of the present law and according to the decisions of the committee council and its directorate, the director will have all the powers necessary to manage the committee, including representing it and signing agreements in its name, excluding the power to sign international agreements.

a4. The director is permitted to delegate his/her powers according to this law to a worker among the workers of the committee and to authorize him/her to sign any document in the name of the committee.

The directorate functions are:

The committee budget will be financed from the state treasury and from grants and donations that the committee will receive.

Section E. Activities of the government departments and supervision over the committee

The existence of the council, its sub-committees or the directorate and the validity of their decisions will not be impaired if a position was vacated by a member whose appointment was flawed.

The directives of this law do not detract from the power of authority granted by any law.

The prime minister is responsible for the implementation of this law and he is entitled to introduce regulations in any matter pertaining to its implementation, with an approval of the Knesset Committee for the Constitution, Law and Justice.

This law will commence at the end of six months after the day of its publication.

Section G. Amendments to Other Laws.

After Part 6 “Directives for the Struggle against the Disease of Malaria,” there will appear Part 7 “National Advisory Committee for the Promotion of Longevity and Quality of Life for the Elderly Population.”

In this part, it will be written:

After the sentence “The purpose of this law is to protect the dignity and liberty of a person with a disability,” there will appear “produced by any cause whatsoever, including aging.”

That is to say, in this chapter, it will be written:

“The purpose of this law is to protect the dignity and liberty of a person with a disability, produced by any cause whatsoever, including aging, and uphold his/her right to participate equally and actively in the society in every aspect of life, as well as to provide a worthy solution for his/her special needs in such a way that will allow him/her to live the life with maximal independence, privacy and dignity, while fully fulfilling one’s capabilities.”

After “health services” there will appear “and services for the extension of active life.”

That is to say, in this section, it will be written:

“D. Health services and services for the extension of active life, included in the basket of health services, will be granted in Israel according to the medical judgment, with a reasonable quality, within a reasonable time, and at a reasonable distance from the residence place of the insured – all within the framework of the financing sources available to the Health Maintenance Organizations according to section 13.”

After “1a. A person must provide help to a person found in front of him, due to a sudden event” it will be written “disease, exhaustion or accident,”

That is to say, in this section, it will be written:

”A person must provide help to a person found in front of him, due to a sudden event, disease, exhaustion or accident, in a situation of grave and immediate danger to his/her life, to the integrity of his/her body or his/her health, when it is within the person’s reach to offer help, without endangering oneself or others.”